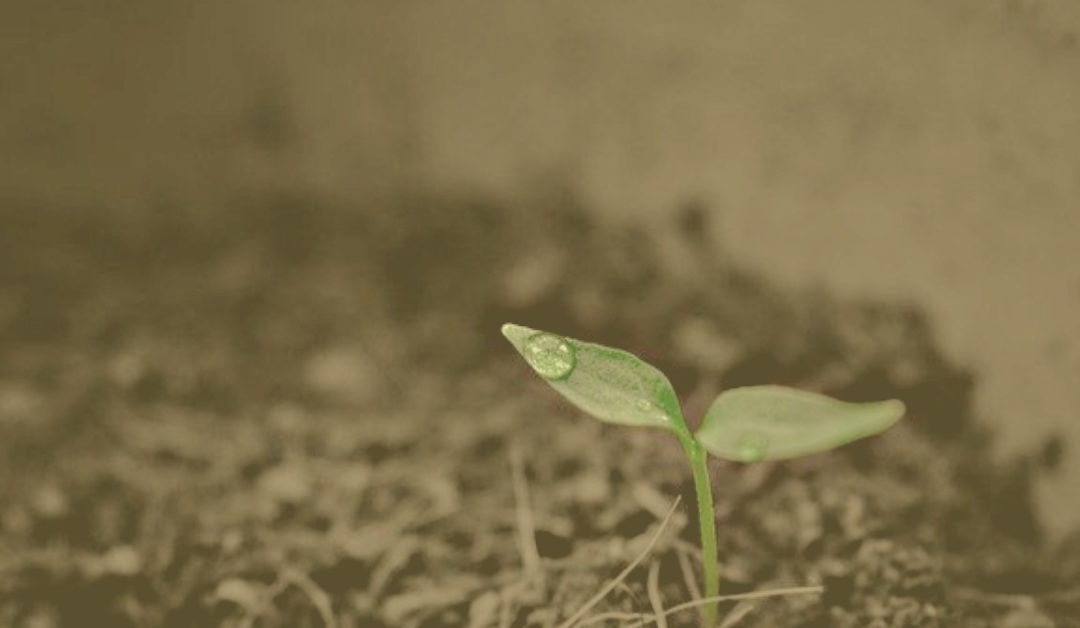 Evelyn and I lived in the “Garden State” of New Jersey for 32 years. While we lived in Cherry Hill, my daily
commute involved a lengthy drive through the Central Jersey farmlands, abundant with hectares of corn and
soybeans. I specifically recall observing the dedicated farmers as they plowed their fields, applied fertilizer,
watered seed, and finally reaped their crops. It was a pleasant sight during that 45 minute commute.

To put things into perspective — during Jesus’ day, farming was much more common than it is today and it
was accomplished without all the high-tech machines that we are accustomed to seeing. Jesus uses the
illustration of a sower spreading seed on the ground in order to produce a crop. He frequently spoke in
parables — fictitious stories used to teach those who had a desire to hear Truth. Every parable has a main
point, only understood by those who have the illumination of the Holy Spirit.

The parable of the sower, or soils, is recorded in the three Synoptic Gospels: Matthew 13:1-9, Mark 4:1-9
and Luke 8:4-8. Jesus interpreted this parable in Matthew 13:18-23, Mark 4:13-20 and Luke 8:11-15. The
farmer, or sower, first prepared the field with a plow, then he walked out on the land with a bag of seeds
fastened around his waist to scatter the seed onto the soil. There were four kinds of soil upon which the seeds
were thrown. There was the road, the rocky places, the thorns and the good soil. The seed which fell on the
road were eaten by birds. The seeds which fell on the rocky places began to grow but were scorched by the
sun having no deep roots and they withered away. The seed which fell among the thorns where choked by
the thorns. However, the seeds which fell on the good soil yielded a bountiful harvest.

Jesus was speaking to two groups of people: 1) those who simply heard the story and took an agricultural
lesson from it, and 2) those who were listening and realized that Jesus was pointing to a deeper, spiritual
meaning through the story. The seed was the Word of God being spread by His disciples. The soil was the
hearts of those who were hearing the Word of God. The response to the Word is illustrated by what
happened to the seed. The seed falling on the road was immediately prevented from germinating by the
interference of Satan. There was no effect on that person, because there was no faith in the first place. They
were not children of God. The seed falling on the rocky soil is represented by a hearer who was shallow in
his faith, excited at first but who could not endure any kind of affliction, persecution, hardship or conflict as
a result of their initial believing. These are those who did not have assurance of their salvation and the
understanding of the cost of being a disciple. They were saved but lived as though they weren’t, thus bearing
no spiritual fruit. The seed falling on the thorny soil, are those who have a crowded life, wanting the best of
two worlds. They focused on pleasures, worries, riches and were unresponsive to heavenly things. They too,
although saved, were unfruitful. Fortunately, the seeds which fell on the good soil produced spiritual fruit
which was bountiful and brought satisfaction to the Sower, because they had accomplished His will.

So, examine your heart. Are you faithful and fruitful? Do you keep your heart refreshed by the Word of God,
prayer, fellowshipping with fellow believers, serving the Lord in the power and infilling of the Holy Spirit?
Continue to do that. Are you worried and worldly? Are you pursuing wealth and material things, or the
preservation of comforts, luxuries and privileged positions? Where is your priority of the Lordship of Christ
in your life? Are you keeping company with the world and walking the fence when it comes to moral
decisions? Are you shallow and shaky in your faith, holding on to your eternal life insurance policy but not
realizing that to be a disciple of Christ involves digging deeper into the riches of God’s Word. Maybe you
are content with your shallow Christian life and enjoy the fleeting comfort of the world. Are you faithless
and stubborn and totally reject the Truth, having never received it by faith, thinking that this faith is just not
for me?

The Lord Jesus Christ is looking for those who will not just hear what He says, but will listen and obey
through faith. This decision of the heart will produce spiritual fruit now and eternal rewards later when Jesus
returns. What kind of soil are you?