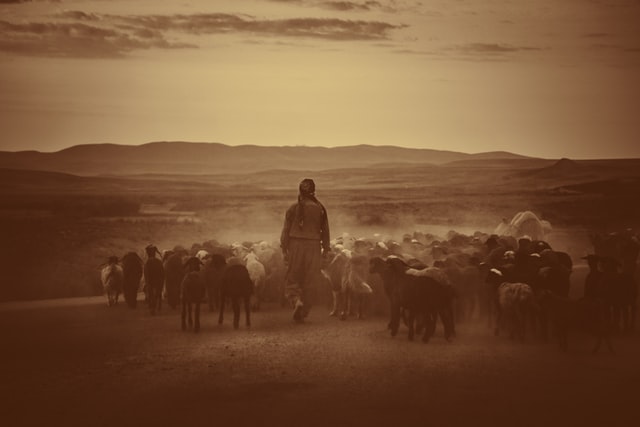 “In the beginning God created the heavens and the earth” (Genesis 1:1). The triune God, Father, Son and Holy Spirit coexisted as three eternal persons and in essence, one solitary God. Since He, by nature, is perfect, lacking nothing, needing nothing, He is never lonely. The three existed eternally in perfect harmony, enjoying the fellowship they had with each other. Out of that beautiful Oneness, God created angels and then He created Adam and Eve. There is no indication that He was lonely or that He was lacking relationship. He created angels and humanity because everything that He does brings glory to Himself, for He alone is worthy of all glory. God enjoys fellowship.

God can do anything He wants and He wanted to create angels and mankind. He enjoyed an intimate relationship with His creation until Lucifer, His most senior angel, rebelled. Lucifer, or Satan, was cast out of Heaven, God’s dwelling place, with hordes of angels loyal to Lucifer. Then Adam and Eve rebelled and were thrown out of the garden of Eden. Adam and Eve had walked with God in the garden which had everything they needed as human beings and the most perfect intimate fellowship they could have had with their Creator. They threw all of that away on the day they rebelled against God and sin has separated mankind from an intimate relationship with the living God ever since.

It appeared that God had been defeated both in Heaven and on earth. Since He is the sovereign God who is Omniscient, Omnipresent and Omnipotent, His plan of having intimate relationship with His elect angels and His elect humanity can never be thwarted. God planned before time existed, that His Son, would become flesh in the person of Jesus of Nazareth, would live a perfect life as a human being, would die a substitutionary death for all mankind, would rise up from the dead and would ascend into Heaven from where He came. Victory over death and sin was accomplished through the death and resurrection of Jesus Christ. All who trust in His work will live eternally with Him in perfect fellowship. God’s plan in the beginning for intimate relationship with His mankind is available now on a spiritual plane. The Apostle John writes this in his gospel, “And this is eternal life, that they may know Thee, the only true God, and Jesus Christ whom Thou hast sent.” (John 17:3). That word “know” has the meaning of “intimate, experiential knowledge”.  It means that once we have placed our trust in the death and resurrection of the Lord Jesus Christ, we are declared to be children of God and thereby begin a never ending relationship with our Creator and Father. The Apostle John writes about that fellowship, “our fellowship is with the Father and with His Son Jesus Christ.” (1 John 1:3).

Although the beginning in Genesis was followed by a banishment from Paradise, Jesus told His disciples that He was going to prepare a place for them and that He would return and take all who are His children to live with Him for eternity. The Bible says that the present Heaven and earth will be replaced by a new Heaven and earth, which Jesus, the One Who created the original Heaven and earth, has been preparing since He ascended into Heaven almost two thousand years ago.

The first book of the Bible speaks about the first beginning and the last book of the Bible speaks about the new beginning. The garden of Eden was occupied by Adam and Eve, animals, birds, fish and crawling things. The serpent (Satan) was also there. God walked in the garden with His human creatures. The new heaven and earth will be occupied by God, countless numbers of people from every tribe, nation and tongue, who have been adopted as children of God because of the death and resurrection of the Lord Jesus Christ. This new heaven will be void of Satan and his angels, who will have been cast into the Lake of Fire for eternal punishment prior to the creation of the new Heaven and new earth. A unique aspect of this new creation is that the dwelling place of the Triune God, Heaven, will be on earth. The Apostle John wrote this as a result of the revelation He received from the Lord Jesus Christ, “Behold, the tabernacle of God is among men, and He shall dwell among them, and they shall be HIs people, and God Himself shall be among them.” (Revelation 21:3).