When I was in the United States Air Force, my future wife, Evelyn, and I wrote letters to each other every day of the week. They were handwritten and stamped “snail mail” letters. Evelyn even used a wax seal on her letters and were anointed with her perfume. When I opened my mailbox I could smell her virtual presence. I couldn’t wait to go to the mailroom and dial in my four digit lock code to open that little door to collect those precious love letters.
Sometimes, due to holidays and weekend schedules, there would be no letter in the box and I would be crushed. But, I would go back to my barracks and reread the previous letters.

We were just teenagers, but our love was intense and we were exclusively devoted to one another. Those letters were read over and over again to the point that I knew which ones had the content that I needed to reread in order to pick me up when I was lonely for her presence. My memory of the times I was with her were precious, but to read her words made me experience her presence in a more substantial way. It was her words, written in her style, in her handwriting, and with her scent. We would write about what we had done that day, the thoughts we were having, the hopes and dreams and plans we had for our relationship, the frustrations and hurts we were experiencing in our separate lives, what we had to eat, what we were wearing. We shared everything with each other. Total transparency and honesty. We no longer write letters to each other, because we don’t have to say, “Goodbye!”, and part from each other as we did decades ago. We thank God daily that we now live in physical presence with each other. 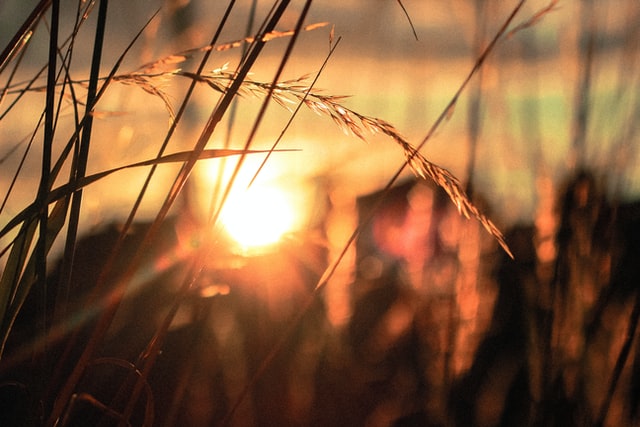 When I got saved as a young teenager, several years before my relationship with Evelyn, I had that same experience with the love letters I read from God in my Bible. They did not come in my mailbox, so I did not have to wait for the mailman to deliver them. Those letters were right there with me in my Bible. I could read them any time I wanted to, just like the letters I saved from Evelyn. As I read His letters to me, I experienced His presence in a real way. They were not just words on a paper, they were words of an intimate relationship between me and my Heavenly Father, my Savior, and my Comforter.

He told me about His love for me, what He had done for me, about His plans for me, His emotions towards me, His total knowledge of me and His total acceptance of me in spite of knowing my sins and shortcomings and immaturity. There was total transparency and honesty. I did not write letters to Him but I did speak to Him through prayer, memorization, and meditation. I rehearsed our initial encounter when He opened my eyes to my sin and then offered me forgiveness. Our relationship has grown through the years as I have read and reread His love letters to me. I continue to reread His love letters with the anticipation of the Day when I will see Him face to face and live in His physical presence for eternity.

Why am I writing this to you? Because I want you to experience the presence of the living God, Who is like no other god created by man. Our God, YHWH, is a personal God, who loves us and has revealed Himself to us in love letters, the Bible so that we can have an intimate relationship with Him. It breaks my heart when I hear from men and women who tell me that they don’t read God’s Word on a regular basis. They tell me that they are too busy to sit down and read. They tell me that they don’t like to read. They tell me, that if they do read, they don’t understand what they are reading. They tell me that they hear what the Bible says when they go to church or listen to a sermon, or
watch an online service. I wonder if they would leave love letters (or emails) from their boyfriend, girlfriend, fiancè, or fiancèe sitting in the mailbox, with little or no time or interest to read them. What kind of love does that demonstrate towards the one sending the letter (or email)? What kind of relationship is that? How would the writer feel knowing that their communication is not worth their time reading?

We, the Church of Jesus Christ, are compared to a wife in Ephesians 5. As individual members of the Church, how is it that many believers don’t devote themselves to reading the love letters from their husband, Jesus Christ? They have lost their first love, as did the church of Ephesus in Revelation 2:1,4 “To the angel of the church in Ephesus write: The One who holds the seven stars in His right hand, the One who walks among the seven golden
lampstands, says this:…’I have [this] against you, that you have left your first love.’” Our Lord Jesus Christ responded in this way to the church at Ephesus in verse 5, “Therefore remember from where you have fallen, and repent and do the deeds you did at first; or else I am coming to you and will remove your lampstand out of its place– unless you repent.” That is the consequence of insulting our Lord by not reading His love letters. If you are one of those who does not love to read the love letters from your Savior, please take this admonishment and confess it to your Lover, and then repent and dive into what He has written to you. Then respond in love by doing the works He has prepared for you (Eph. 2:9).