I imagine you’ve heard someone describe the actions of another person who is acting in a questionable way, like this, “That guy is completely in the dark about what he is doing.” That person was blind to their actions, not realizing what they were doing or even why they were doing it. Others around them could see the consequences of their actions and how they kept stumbling through life, but that person was oblivious to it. He or she could just not see it, they were completely in the dark. 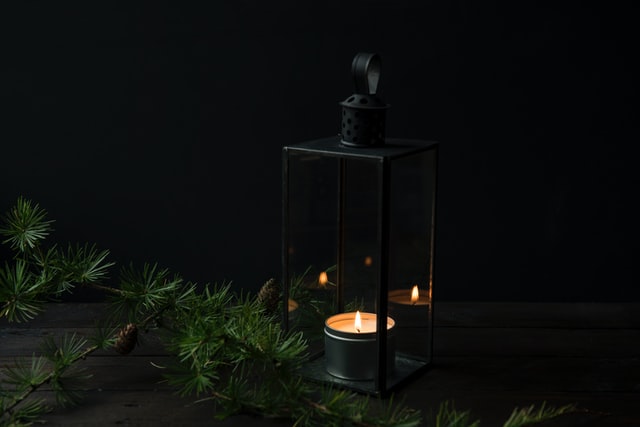 Well, this world, and the god of this world, Satan, lives in the domain of darkness and for millenniums most of mankind was living in that domain. Men and women were living as if they were in darkness, not seeing the actions they were taking were leading them into destruction. They were not aware of the spiritual stumbling blocks, the potholes, the pits or the chasm in front of them. Those things were invisible to them because they were blind to them. The god of this world had blinded them so that they could not see, nor did they really want to see. They loved the darkness because they did evil things and believed that they could hide in the darkness.

A little child was born to insignificant parents, in an insignificant village in Israel and in an insignificant moment in the history of the Roman empire. BUT, that baby was the fulfillment of the prophecy made by Isaiah about 700 years prior to His birth, “The people who walk in darkness will see a great light; those who live in a dark land, the light will shine on them” (Isaiah 9:2, NASB) and, “To bring open blind eyes, to bring out prisoners from the dungeon and those who dwell in darkness from the prison” (Isaiah 42:7, NASB).

Jesus said, “I am the Light of the world, he who follows Me will not walk in the darkness, but will have the Light of life.” (John 8:12, NASB) Luke records Paul’s conversion on the road to Damascus where Paul hears Jesus tell him that he has been chosen to be a witness to the Gentiles,“to open their eyes so that they may turn from darkness to light and from the dominion of Satan to God, that they may receive forgiveness of sins and an inheritance among those who have been sanctified by faith in Me” (Acts 26;!8, NASB).

However, the Apostle John says, “this is the judgment, that the Light has come into the world, and men loved darkness rather than the Light, for their deeds were evil” (John 3:19, NASB). Those are some of the most tragic words you can read. Just think of it this way. Imagine a person who is blind from birth, who is told that there is a procedure that a surgeon has developed which will give that person 20/20 vision and that this surgeon has performed countless successful surgeries. On top of that, this surgeon is willing to perform the surgery for free, as soon as this person asks him to do it. Imagine the blind person saying, “I love my blindness! I’m used to it. As a matter of fact, my other senses have been further developed as a result of my blindness. No thanks. I don’t want your free gift! It may be good for you, but not for me.”

Do you remember the years you lived when you were blind and living in darkness? Do you remember the times when you heard about Jesus but were enjoying your life of sin? BUT, remember the moment of faith when you reached out and received the gift of sight as the Great Physician performed that supernatural surgery miraculously healing your spiritual blindness? You immediately saw the Light and He now lives in you for eternity. Paul encouraged the church at Thessalonica with these words, “for you are all sons of light and sons of the day. We are not of night nor of darkness” (1 Thessalonians 5:5, NASB).

Paul exhorted the Ephesians, “you were formerly darkness, but now you are Light in the Lord, walk as children of Light” (Ephesians 5:8, NASB) and to the Romans he said that he was “confident that you yourself are a guide to the blind, a light to those who are in darkness” (Romans 2:19, NASB).

Praise God that the Light has come into the world as a little child and you have received that Light by faith. Now that you are Light in the Lord, be a guide and let your light so shine that others may comprehend the true meaning of Christmas. The Light has come and has dispelled the darkness to all who will receive the Light.